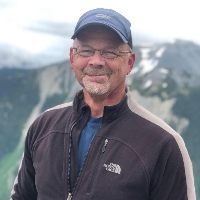 I was 44 years old and my son and daughter, twins, were 10 years old, when the doctor said “you have cancer.” The blood must have drained from my face because the doctor asked me if I was alright. I was in shock. What I thought was just a bad canker sore on my tongue turned out to be squamous cell carcinoma. Not being a tobacco user or a heavy drinker, I had none of the normal risk factors. I had never even had a cavity and had great oral hygiene. Oral cancer was never something on my radar – I had never heard of it before. The next several weeks were spent getting scans and researching different treatment options. I chose chemotherapy and radiation since it seemed to be the least invasive treatment plan. My radiation mask was made so I could begin treatment the week before I started chemo, which began on my kids’ 11th birthday. We had a small birthday celebration that night in my hospital room. What was supposed to be a one night stay turned into three. I couldn’t tolerate one of the chemo drugs and I lost over 10 pounds that week. By week two my mouth was so blistered from the radiation I could hardly eat and I had lost another 7 pounds. By week three I finally had a feeding tube inserted and then for the next 4 weeks of treatment I took all my nourishment, water and medication through it. I couldn’t even talk. My wife and kids got me a white board so I could communicate with them. Throughout the three months of treatment, I lost over 40 pounds, but the treatment worked and I was declared cancer free. Before the end of the year I had two scans which came back clean, but I felt a small bump under my right chin. The doctors thought it was a blocked salivary gland, but over the holidays that year the bump got large and painful. A scan didn’t show cancer and so surgery was scheduled for three months later. The pathology results came back as cancerous. After surgery, the surgical site wouldn’t heal. Multiple doctors told me to wait until it heals before another scan. I finally went to a different surgeon who did a PET scan and found that the cancer had spread my jaw and the floor of my mouth. I needed a 12 hour surgery to replace my right jaw with the fibula from my left leg and the floor of my mouth with skin, muscle and an artery from my left calf. I lost over 40 pounds again and needed another feeding tube for three months. Over the next 5 months I had two more surgeries to remove tumors, one under my tongue and another in my right clavicle. My last surgery was in February 2010. Since then I have been cancer free and I try to enjoy life to the fullest.